Take a quick on-line survey and be eligigle to "WIN A VIP UPGRADE PACKAGE".
Take Survey
Skip to content

Sitting comfortably in her doctor’s office, 25-year-old Sara Lee (not her real name) drew a picture of her mother from her bag and said, ‘I don’t want to end up looking like this.’

While non-surgical cosmetic enhancement, in the form of Botox and wrinkle fillers, was unheard of 10 years ago but now it has become not only acceptable, but commonplace and synonymous with an unlined and youthful appearance. The idea for younger women is to stop wrinkles before they start.

A natural part of life, wrinkles are bound to form as we get older. Every time we smile, frown, cry or laugh we make an imprint on our faces. If we’re lucky, it takes years before we can visibly see the imprint. If we’re less lucky, wrinkles would be more obvious than we’d like. Whichever is the case, the wrinkles inevitably surfaces and when they do, Mr Botox is here to fight it. 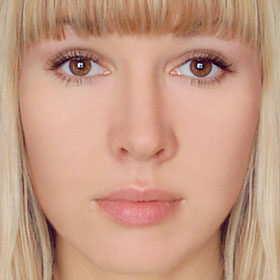 Botox works hard to eliminate the wrinkles that occur when we use our face muscles too much. ‘I remember when I was growing up, my mother use to tell me not to frown. I guess she didn’t really apply that philosophy to herself,’ says Sara Lee.

Sara is very happy with her first treatment of Botox. ‘I used to have this butt crack between my eyes when I smiled. It’s completely crinkle-free now’, she laughs.

While younger women use it as a preventive measure, pressure in the workplace is the key driver for women and men of more advanced years. Besides the fear of being replaced, the second most common reason is wanting ‘to look as young as they feel’. However, facelifts and botox are a popular combination for women/men in this category.

But Botox is not the be all and end all for wrinkle prevention. Most aesthetic doctors and dermatologists believe that sunscreens and moisturizers are the best protection against lines and wrinkles and you should definitely start using those at an early age.

From London to Sydney, botox parties are the rave – it takes less time getting Botox than having your teeth whitened. But whether you do it alone, or with a group of friends you would be surprised to see how relatively easy the procedure is. The Botox injection is placed directly into the face muscles that create wrinkles. A pinch and some minor numbness later, the procedure is over.

One of the ‘side effects’ is that Botox can prevent you from frowning and some people don’t like that. However, most people find that not only can they live with it; they’re seeing it as an obvious benefit. People don’t mind losing the frown – it’s the lines that they find bothersome.

A small amount of Botox basically renders the face muscles helpless. The amount is so small that you don’t have to worry about it spreading through your body. The effects on wrinkles are almost instantaneous.

One treatment lasts approximately three months to six months. Most people will need another injection after that time, if they really want to. The two good things about a Botox treatment are that it can be repeated as many times as you like. And, the treatment takes less than an hour. With repeated treatments, Botox stays longer and results are longer lasting.

Botox is used in extremely small amounts and an allergic reaction is not very common. However there is the possibility that you may experience a droopy brow or eyelid, though this is not a problem that will not correct itself over time. Botox can be used by almost anyone. However you should not use it if you’re are pregnant, breastfeeding or have a neurological disease.

This website uses cookies and third-party services to provide a better experience. We do not sell or share your personal information with anyone except our contracted hospitals, preferred accommodations, and specialists. Ok
Go to Top